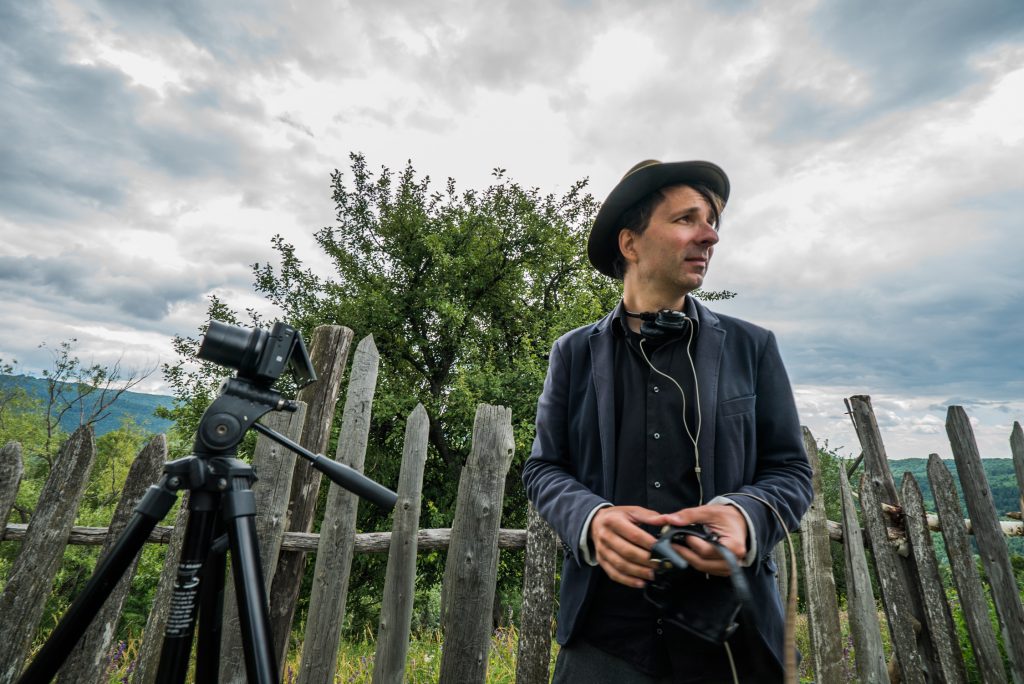 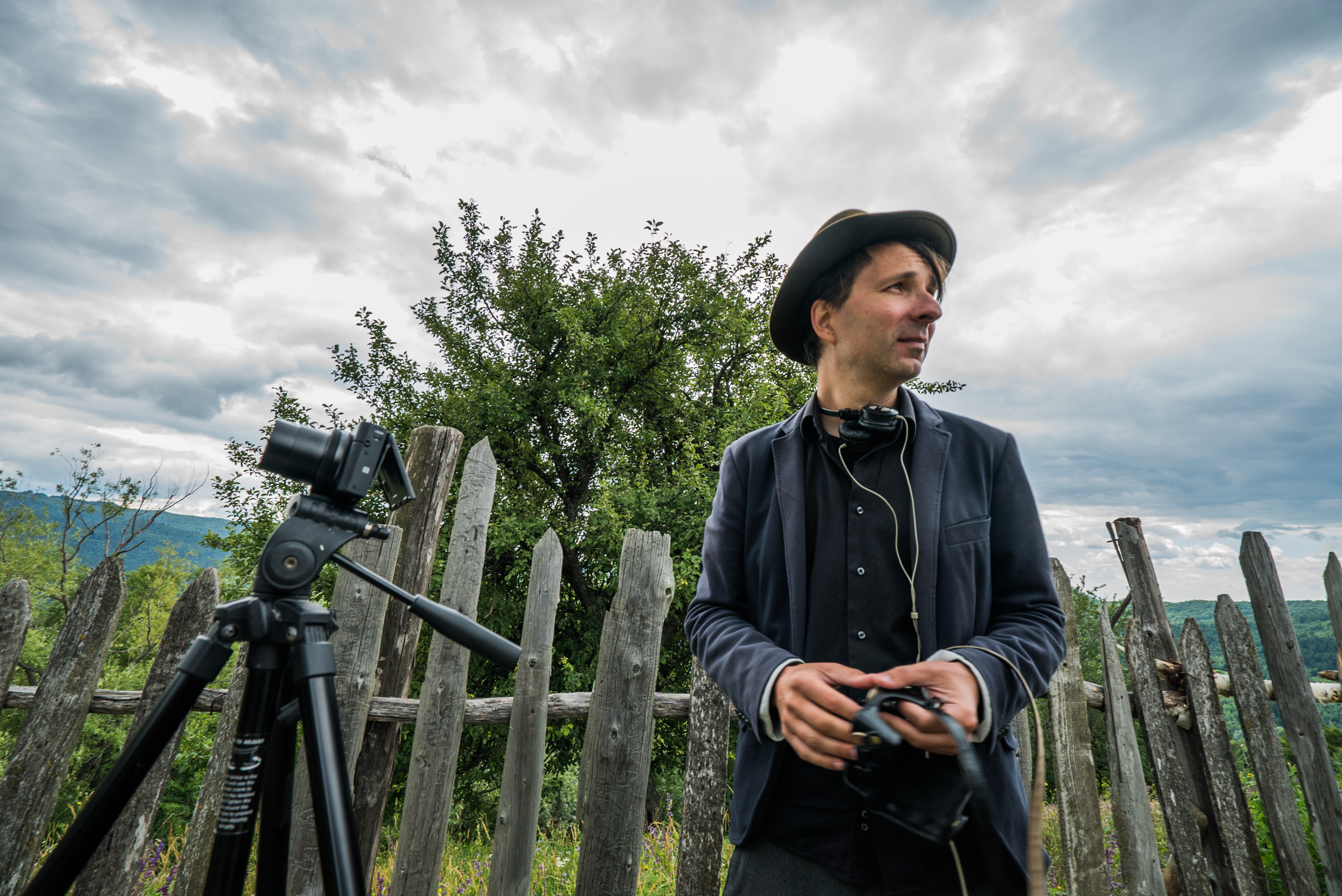 The picturesque mountains around the Romanian village of Slon serve as an inspiration on the greatest scope imaginable: while some look at the breath-taking landscapes and others get in touch with community, the Czech artist Michal Kindernay pointed his eyes down and explored the insects inhabiting the area. The result is a short film drawing an unexpected parallel between the natural processes and existential considerations about the impending collapse of the society as we know it.

Michal Kindernay is an intermedia artist, curator and performer. He addresses ecological issues through various technological approaches in relation to nature and environment. His works include video performances, interactive installations, experimental documentary projects and sound compositions. He is one of the founders of the “yo-yo” non-profit culture organization, the initiator of the “RurArtMap” project, and was part of the “Skolska 28” gallery group in Prague. He is an external teacher in Centre of Audiovisual Studies in Film and TV School of Academy of Performing Arts and in new Master’s program in Prague College. He lives and works in Prague.

The residence organized by the Meta Cultural Foundation took place in the village of Slon and in Bucharest, between June 10 and July 8, and was divided into 3 stages. The first two weeks in Slon involved documentation, research trips and work on the project as well as communication with the local community of Slon. The third week was dedicated to networking, meetings with artists, cultural operators, curators and visiting galleries in Bucharest, while the fourth one was all about the completion of work.

Michal Kindernay explored the natural processes in Slon and around it. His project allows us to look at the nature from different perspectives, capturing moments of the day and creating a biography of one place. We can see the people that are passing through the area, the Gypsy community living very close, the horses, the cows, the insects and how they interact with the observer. Besides the landscape and sound, he also studied and reflected life cycles of local insects, which served as an inspiration for his final project.Michal worked with typical local insects in Slon, the way they interact with each other in comparison to humans, and the way they interact in different situations.

The final result of Michal’s residency is a video art/short movie called Insection,in which he studied and reflected life cycles of local insects. According to Michal, there is a deeper meaning behind the seemingly light subject of the film: “the slow movement of various species of insect in an abstract, brightly lit setting create suggestive allusions in incontrollable chaos, apathy and the decay of social structures. The minimalist visual imagery is accompanied by ambient music that works with realistic sound and static.”

The short was screened for the locals at Slon and in several film festivals in Europe.