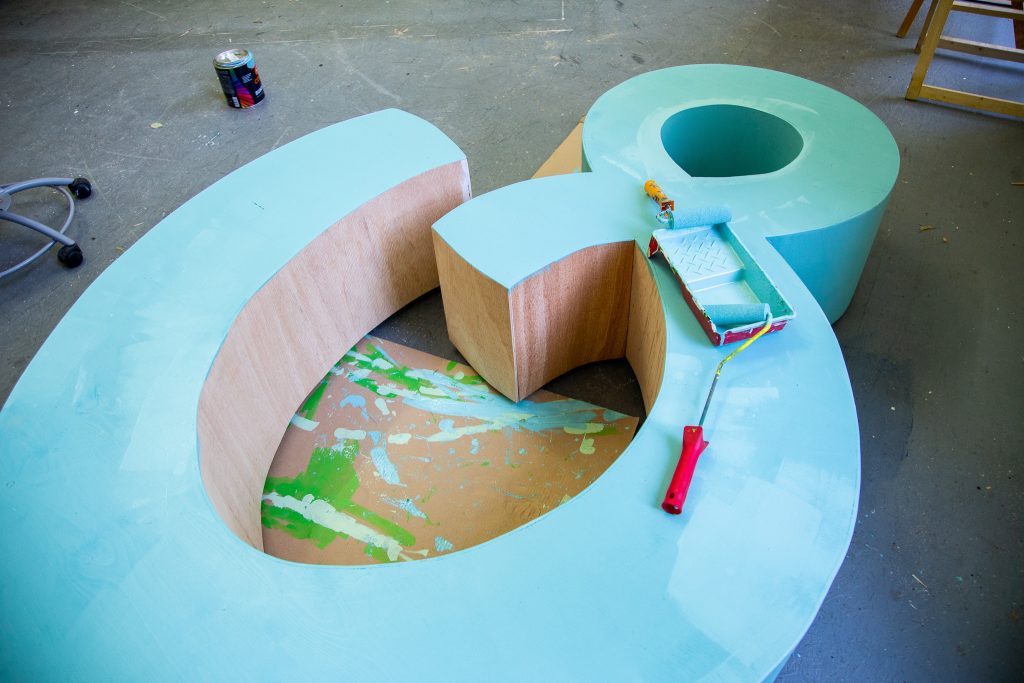 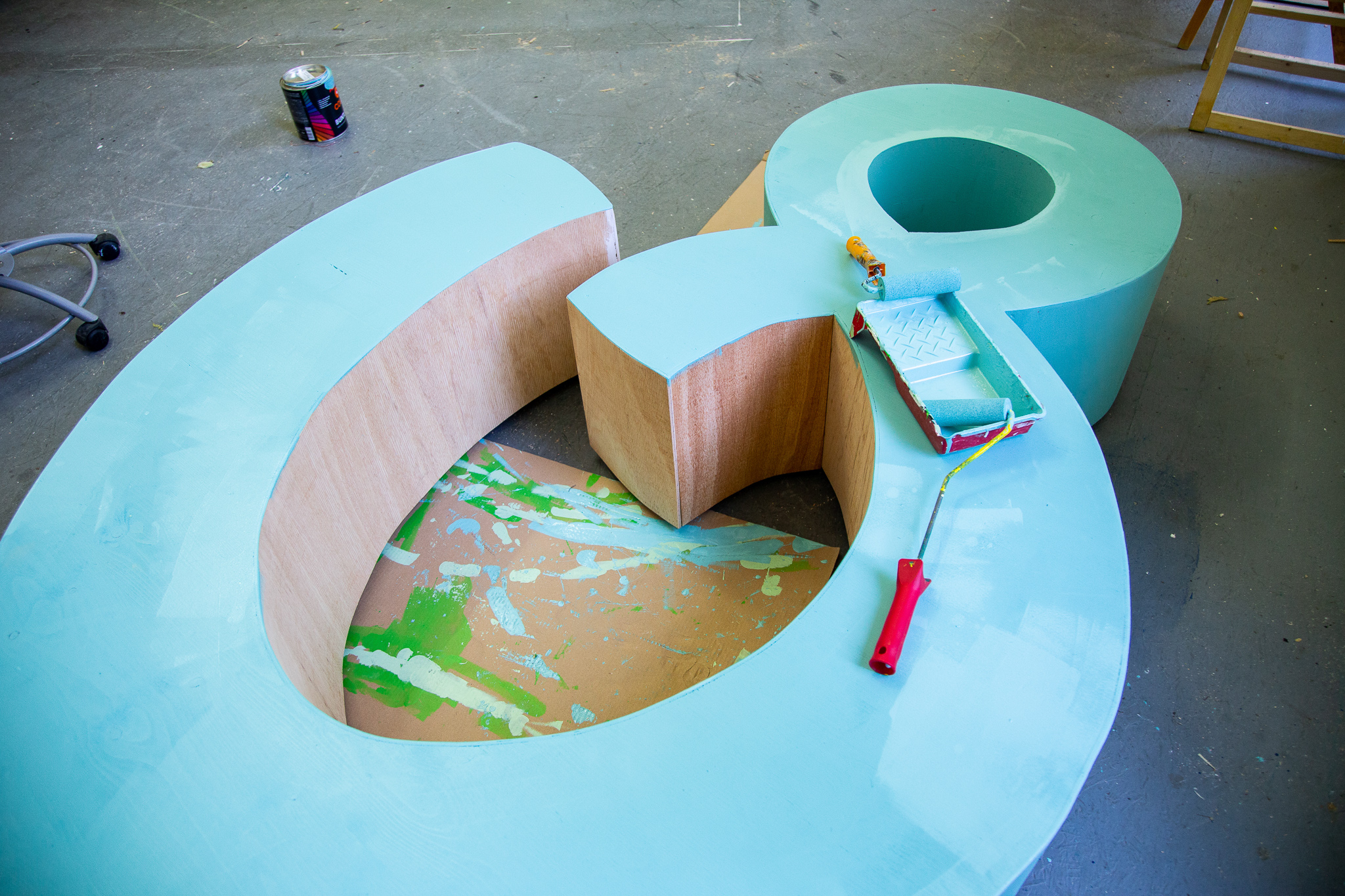 The district of Wilten in Innsbruck welcomed two emerging artists to develop the work within the same conceptual framework, exploring the (in)visible borders of one multicultural neighbourhood, creating connections and a shared space among them. One of them is a gifted Georgian artist from Tbilisi, Ninutsa Shatbersahvili.

Ninutsa has mastered interdisciplinary media such as photography, installation, design, drawing and painting as well as working with site-specific projects. She has worked with her partner in an artistic duo for a long time, but lately she tends to reveal more of her personality and to work as an independent artist.

During her 5-week residency, Ninutsa had the opportunity to discover the art scene of the city of Innsbruck and its history. She very patiently collected and analysed all the information that has been shared with her during a short research phase, communicating with curators and diverse local representatives (from the neighbourhood in Wilten), she participated in various meetings and organized a workshop with the local children community (children from the Migration Home and its surroundings). Her interest was also related to the fact that the cities of Innsbruck and Tbilisi are partner cities.

As a result of her research, Ninutsa came up with the idea of the project, which contributes to a very fast connection among the neighbours, and in a way in which everybody who consumed the artwork would feel quite equal. This story is about erasing the differences and creating a new situation for all potential target audiences.

For the creation of her artwork “Khe”, Ninutsa was inspired by the shapes and sounds of the unique Georgian alphabet, which is included in the UNESCO Representative List of the Intangible Cultural Heritage of Humanity. Her artistic practice takes shape in a variety of media, but she decided to create a series of sculptures that would serve as urban furniture. Creating this intervention, Ninutsa’s approach included a situation that would seem as a misunderstanding and problematic to everyone in the community. “Sometimes the problems are the best things to unite people,” says the emerging artist.

Through the creation of this artificial setting, she has dealt with the concepts of proximity and distance in the sense of cultural strangeness. In doing so, she transformed letters of the Georgian alphabet into oversized (few-meter-long and -wide) seating elements, which invite the audience to linger. An integrated sound installation (in collaboration with the local sound artist Johannes Payer) makes the elements acoustically comprehensible in the form of a linguistic gesture.

She was constantly influenced by this incredible fact that Innsbruck and her hometown Tbilisi are twin cities, but also the fact how this information is (in fact) not known to the majority. In honour to that idea, she decided to install her work “Khe” (ტყე)in a small square in Wilten (Wiltener Platzl), which she thought might be symbolic and serve as the sign of this friendship.

By crossing Inn River several times during the day, Ninutsa has witnessed the magic of colour of its constantly changing water. Three alphabet symbols ტყე (which mean ‘forest’) were made mostly of wood and completely covered in the shades of green, exactly the three shades of the Inn River the artist loved the most.

Ninutsa Shatberashvili’s works convey the strong feeling of a soft feminine power. Her interdisciplinary approach allows her to almost fearlessly engage in a variety of challenges faced during the residency. She enjoyed communication with her environment, she was interested in sharing experiences and mediating the feelings. As a true Georgian woman, she embraced all the souls that she met and even cooked for 40 people (11 nations) within the “Georgian dinner performance” which was based on the traditional Georgian diningconcept. To quote the traditional Georgian proverb, “every guest is a gift from God”.

Symbolically, the final presentation of her project took place around the World Refugee Day, from the 20thto the 23rdof June 2018, featuring works by 2 more artists, another artist-in-residence Daniela Palimariu and the local artist Matthias Krinzinger. The beauty of this co-working process is reflected in their work, which offered different approaches to the same theme. Her objects are still occasionally changing their locations in the public space of the neighbourhood and creating the common experience and space, emitting the sense of uniqueness and togetherness at the same time.