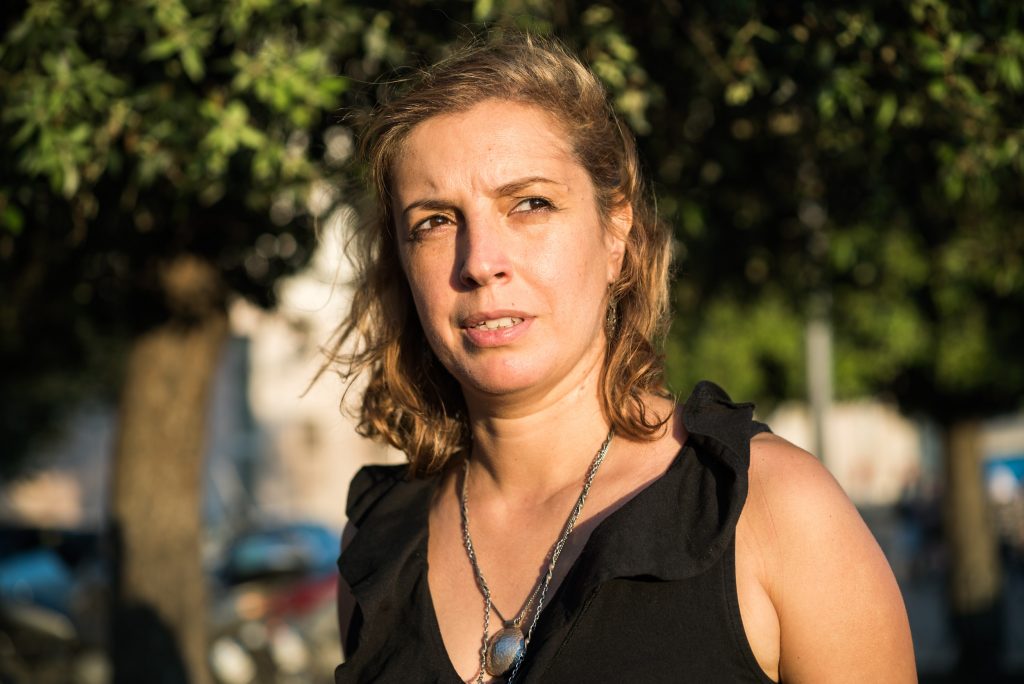 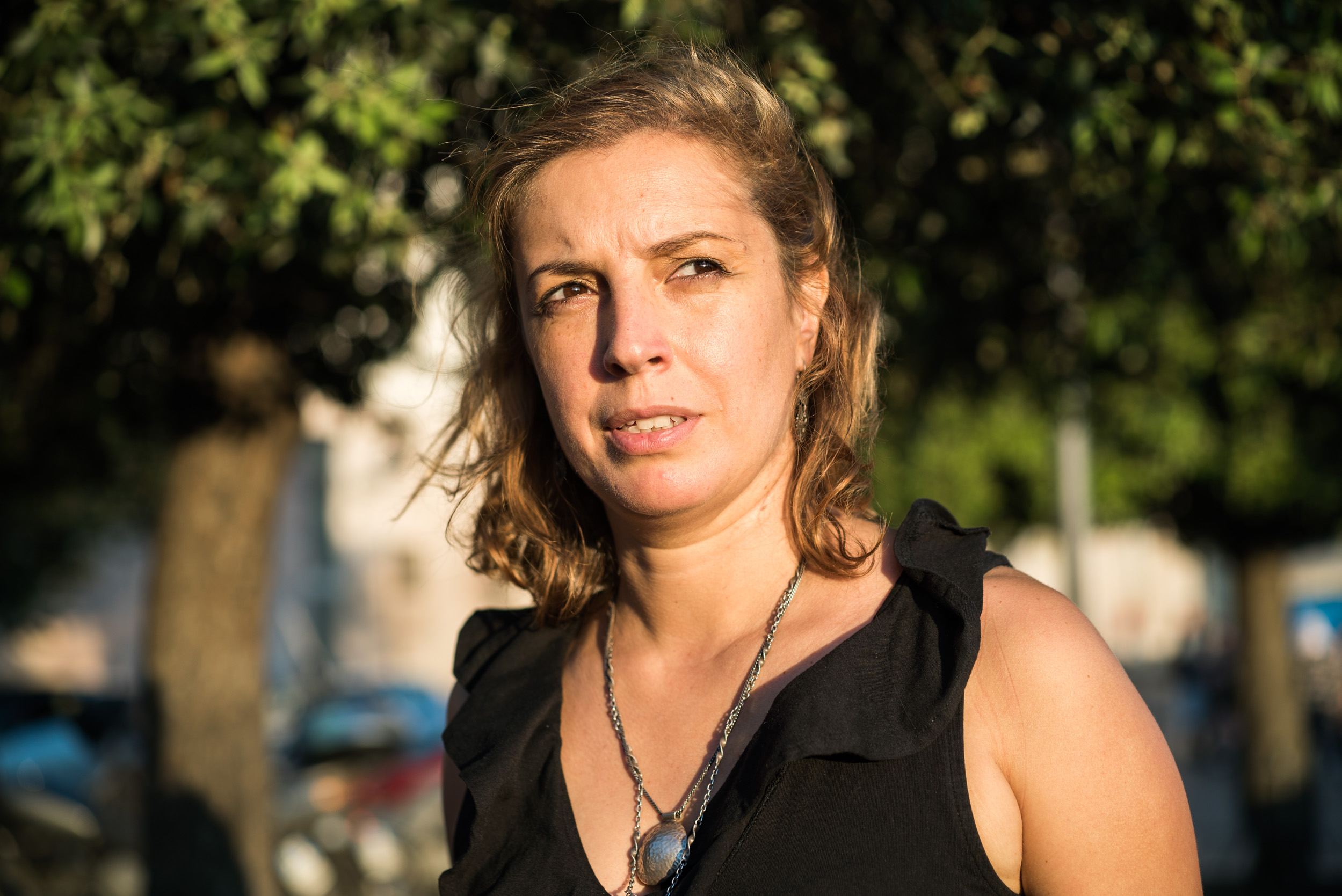 What is the ancient relationship between humans and nature? How does one influence the other? This is the starting point for research of the Portuguese artist Patricia Geraldes during her residency in Rome. She worked in Corviale, an area at the outskirts of the capital, characterized by the presence of a huge, 1km-long building. She explored this Nuovo Corviale building, discovering its secrets, speaking with people, going into the depths of this huge and, in some ways, inaccessible place. She closely worked with children, teenagers, adults and elderly people living in the Corviale, encouraging them to share their stories and create a series of diaries together, which include memories and photos of the neighbourhood.

The work of Patricia Geraldes features a strong prevalence of manual and artisan work, where various materials, like wood and paper, ink and etching, are used. In her artistic practice, there is a special focus on narration and the book, an object the artist uses in several sculptures, bringing together a biocentric style with the idea of restoring a virtuous balance between humans and nature. Our link with nature and with the community, respect for the environment and the energy that comes from greenery itself also play an essential role in her work. One of the main goals of her art is to involve the different local communities where she works, uncovering stories of identity and memory.

But let’s go back to the Nuovo Corviale. The building was built between the late 1970s and early 1980s in Via Poggio Verde: on that street, before then, there had been rows of cherry trees – it was a true “poggio verde” (green hill) filled with flowers and sweet smells in spring. Then, they started to build the “Serpentone” (Big Serpent). From that moment, the Corviale neighbourhood took on a new look, a new identity, new colours. Patricia was asked to work in this place, a little far from the Rome as people imagine it, because for this residency, Latitudo decided to focus on a part of the Capital that many know but few talk about. The aim was to tell the stories here, and for the words and memories of this neighbourhood’s residents to be part of MagiC Carpets, flying as if they were on a magic carpet, crossing over barriers and borders.

The Nuovo Corviale is affectionately called the “big serpent” by Romans – although the reason isn’t clear, since a snake has the ability to curve and move with its long body – stretches rectilinearly with its 960 metres of length in a green valley, where sheep still graze and one cab feel like in the country. Really, we are in the countryside, but we are also in Rome, in its XI Municipality. In this area, there are poplars, oaks, plane trees, lots of flowers… and then there are the people. Lots and lots of people. About 7,000, all inside, living among lifts that barely work (or don’t work at all) and are noisy, corridors distinguishable only with different-coloured markings, divided into 9 floors.

For Patricia’s approach to this location, the link with nature and vegetation is essential: it is the starting point of her work and living. She collects branches that have fallen and no longer live attached to their tree, their mother, and gives them new life. She transforms them, she offers them up for a new story, giving them new possibilities, and we would dare say, a new life. Her works are the result of weeks of work: wood sanding, reflection and introspection.

The paths of research lead to Monica, a strong, energetic and creative woman, an entrepreneur serving the community. She welcomes guests in her life’s grandest art project, the Mitreo Iside Centre for Contemporary Art, which has been the place to go for culture in the Corviale for years – a place for gathering and play. For the workshops held here, Patricia brought several pieces of coloured paper, of different sizes and different thicknesses: the children immediately started to draw. For the most part, they draw little monsters that live in the Corviale. Valerio, 8 years old, says that “at the Corviale, there are really, really big and amazing monsters!” Who knows if this depends on the building’s large size. Mirko, his older brother, 9 years old, tells us that there is “lots of joy” at the Corviale. It is amazing how children always manage to filter the world through different eyes, with bright colours, with positive feelings. How can they draw such a grey and gloomy building with the colours of the rainbow? Maira, 9 years old, creates the Nuovo Corviale in colour in twenty minutes. Each floor has a different colour.

The children’s creativity is joined by that of the adults: Michele leads us into a dark and grey vision of the Corviale that took him away from the glowing world of art in the centre of Rome, seemingly very distant. Then there’s Laura, who tells us all about her life, about her painful move from Torpignattara to Nuovo Corviale in the 1980s, a transfer within a city that is so vast and diverse that it’s hard to entirely feel part of it. Laura felt that she belonged in Torpignattara. Now she’d never leave the Corviale. During the workshop, she creates a map of the Corviale, of all the services that have sprung up over the years: the shopping centre, the community pool, the rugby field. So much energy and so many elements that make a neighbourhood a crucible of lives. Raffaella tells us that, when she skipped school, she would go to the “Notorious Corviale: a grey but lively neighbourhood”. A place where you felt common, where you felt, and feel, equal.

Ivan is 23 years old. He has lived in the Corviale since he was three, with his family. And he knows and has seen so much: he floods us with stories and viewpoints, feelings and emotions. He suggests we take a tour around the building, “Patricia, do you want to take a walk, I’ll take you up to the roof!”. With the sensation of being outsiders, a bit like being on a field trip to a world we’re aren’t used to living in, we venture up the 9 floors of the Nuovo Corviale. From up there, you can even see “Er Cupolone” (the dome of St. Peter’s): and again we remember that we’re in Rome. Ivan makes us part of his story, he takes beautiful photos and has a gift for writing. He writes streams of words, where he condenses 23 years of life, few, very few, but certainly full: “What does it mean to live in a neighbourhood like the Corviale? It means having many more mirrors where you can see the parts of You, of your Being. It means that, if they listen to you, many listen to you and your voice echoes. If they don’t listen to you, though, you can take the chance to listen to your own voice with the ears of others, you listen in their place.”

Patricia tries to listen and we do the same, with her. As if the trees on the ground, nine floors away from us, could speak and tell us stories of everything that surrounds them and what they’ve seen.

Up there on the roof, we tried to recognise the Ponentino, the wind that many say the Nuovo Corviale blocked with its imposing size: can that legend be true? There are so many stories around the Corviale, they are wonderful and identity-forming. The people wanted to share their stories and we listened, in silence.