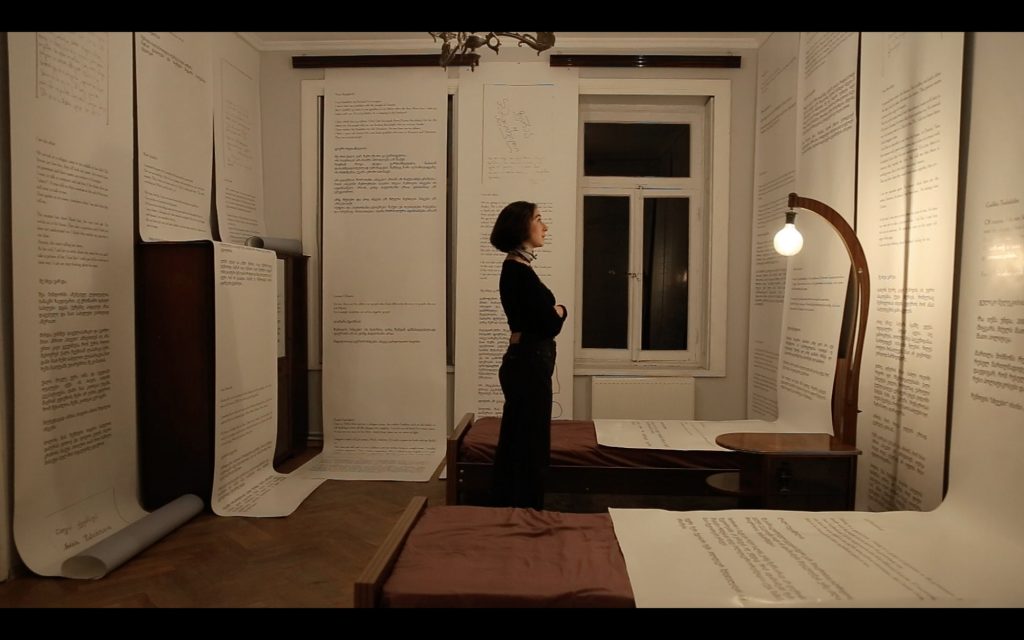 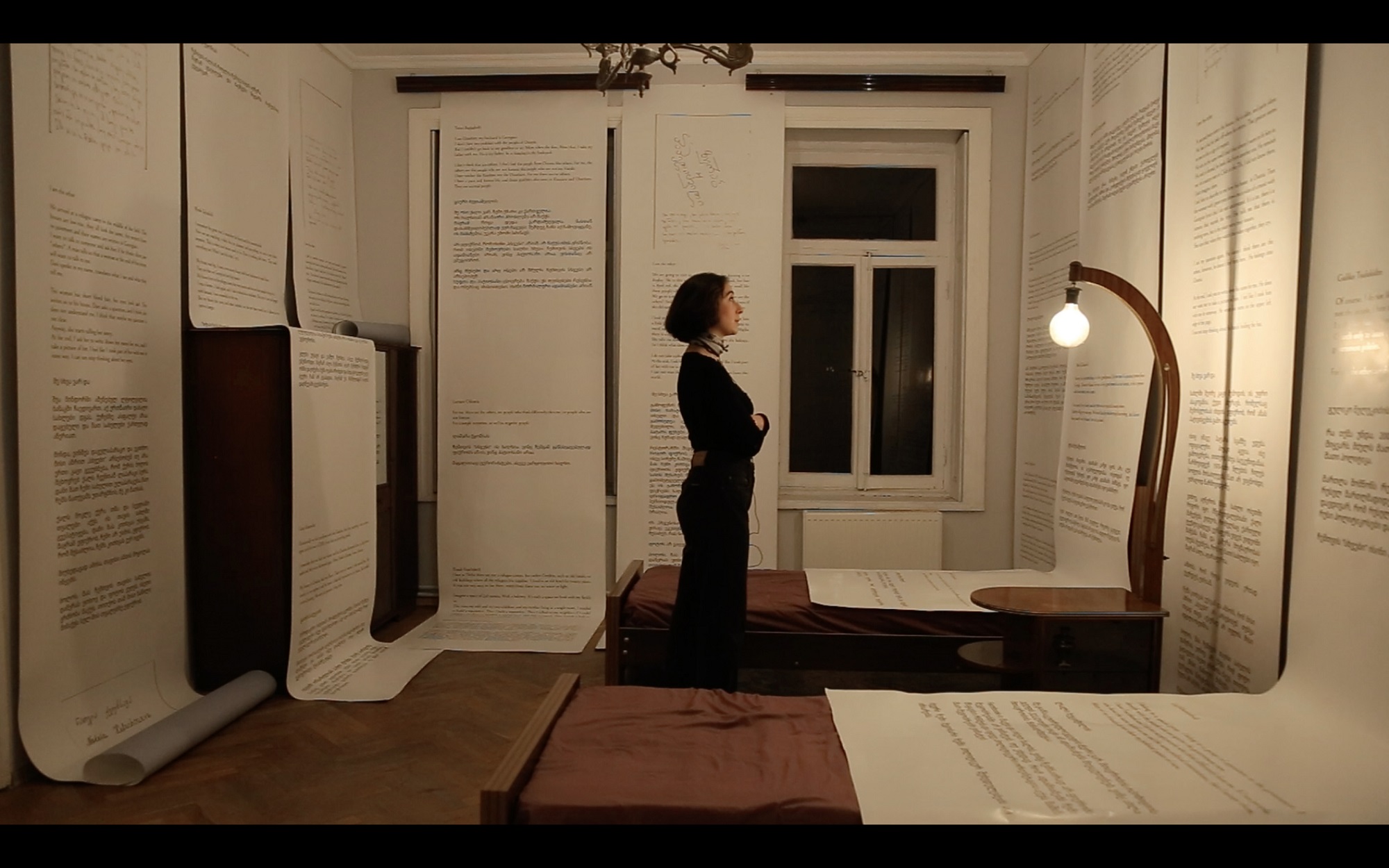 One of the aims of MagiC Carpets is to explore the notion of the Other. Bring artists to terras incognitas and let them see themselves against the background of another country, another country, language, and traditions, while also becoming the Other to the hosting communities, and thus allowing them to benefit from the Outsider’s approach. Verónica Troncoso, Chilean performance artist, brings this idea to another level. During her residency in Tbilisi (Georgia), she explored the Otherness in the streets of Tbilisi and the refugee village inhabited by people from South Ossetia. Her work asks a poignant yet a difficult question: what is this the line between them and us, can the Otherness be dissolved by hearing the story, the name, the voice of the Other?

Verónica divided her project into three stages. During the first stage, she interviewed a total of eighteen people: nine people in the refugee village of Shavshvebi near Gori, who were forced to abandon their houses and goods after the Georgia-Russian War in 2008, and nine people in Tbilisi. Through these stories, she made a sequential narrative that she shared with nine young Georgian artists in Tbilisi.

During the second stage, Verónica made a performative lecture in which she shared these stories. The young Georgian artists read the stories of the Others (in this case of people Verónica interviewed in Shavshvebi and Tbilisi). The experience gained new meaning when the young generation had to face the history of their country via these interviews: the act of speaking became the process of gaining knowledge.

My group are my friends, I grew up with people with the same interests as me and

with them, I share my way of thinking. I could call them as those group I belong to.

I used to have a nice house, a good job. I just want to go back, but I cannot, what

We could not stay longer in our town, everything was destroyed, our houses

The idea for the final stage of the project was to bring all the interviewees and young performers together to discuss the phenomenon of the Other and share with them the stories of the Chilean refugees in a form of an exhibition. The exhibition was divided into two actions. For action one, all people involved gathered to dinner. On the table, there was a tablecloth with printed stories on it in English and Georgian. The stories belonged to the Chileans who fled the Pinochet Regime and were forced to live outside of Chile. Each dinner guest had a thread near their plate. After the dinner, they read the stories on the tablecloth, told their own stories and shared their emotions. Afterward, every guest had to pick a stranger (the person they have met at the dinner for the first time), with whom they felt connected, and give them the other end of the thread so that no Others were left. The table helped people to bond. A thread, glasses, and dishes from the period of the Soviet Union, Chilean food was a mixture of different things on a collective surface.

Action two was the installation. The open presentation and installation were located in the same room where the dinner was held. There was a monitor installed with the video of a Google view of South Ossetia and the distances between the refugee village and the addresses where the houses of the refugees used to be.

As a part of the installation, there were four actors who interpreted the role of the people whose stories were written on the tablecloth. The idea was to reflect not only the geographical distance but also the distance between persons, languages, context, generations, politics, etc.

In the other room of the same apartment, there was an exhibition of the stories. Stories of “the Others” and “the Other” in different languages. The walls served as an archive.

In that room, the visitors could exercise and experiment with the Other. Because the Other lived in that room. It was their territory. And around him/her, there were stories of the people from Georgia.

And there was also a question facing you: who was actually the Other? You or them?

Author of the text: Agnė Poderytė