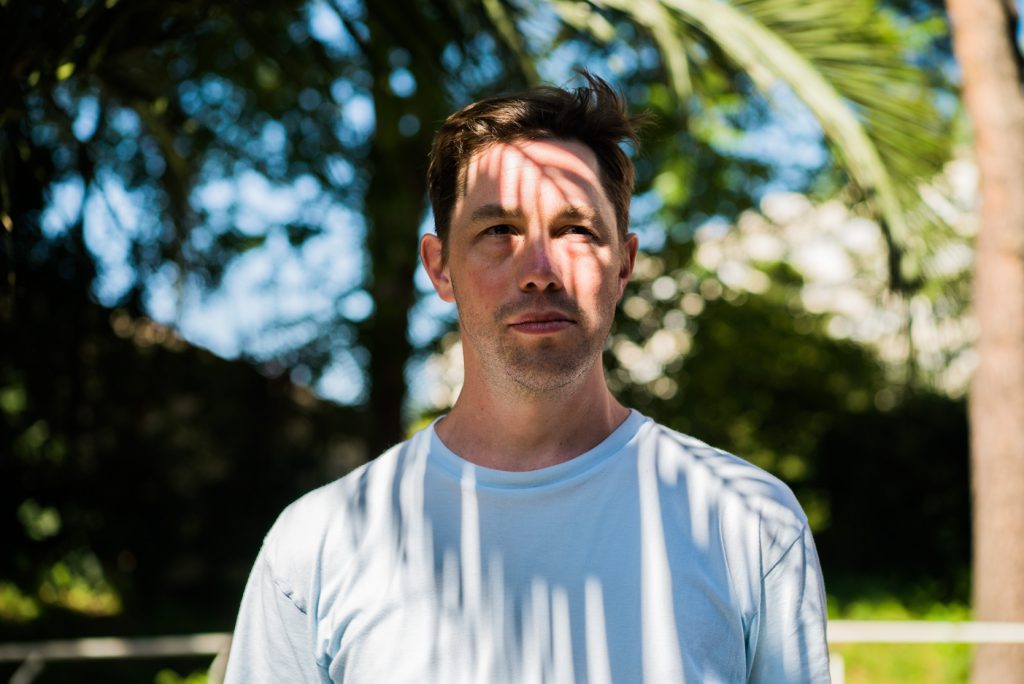 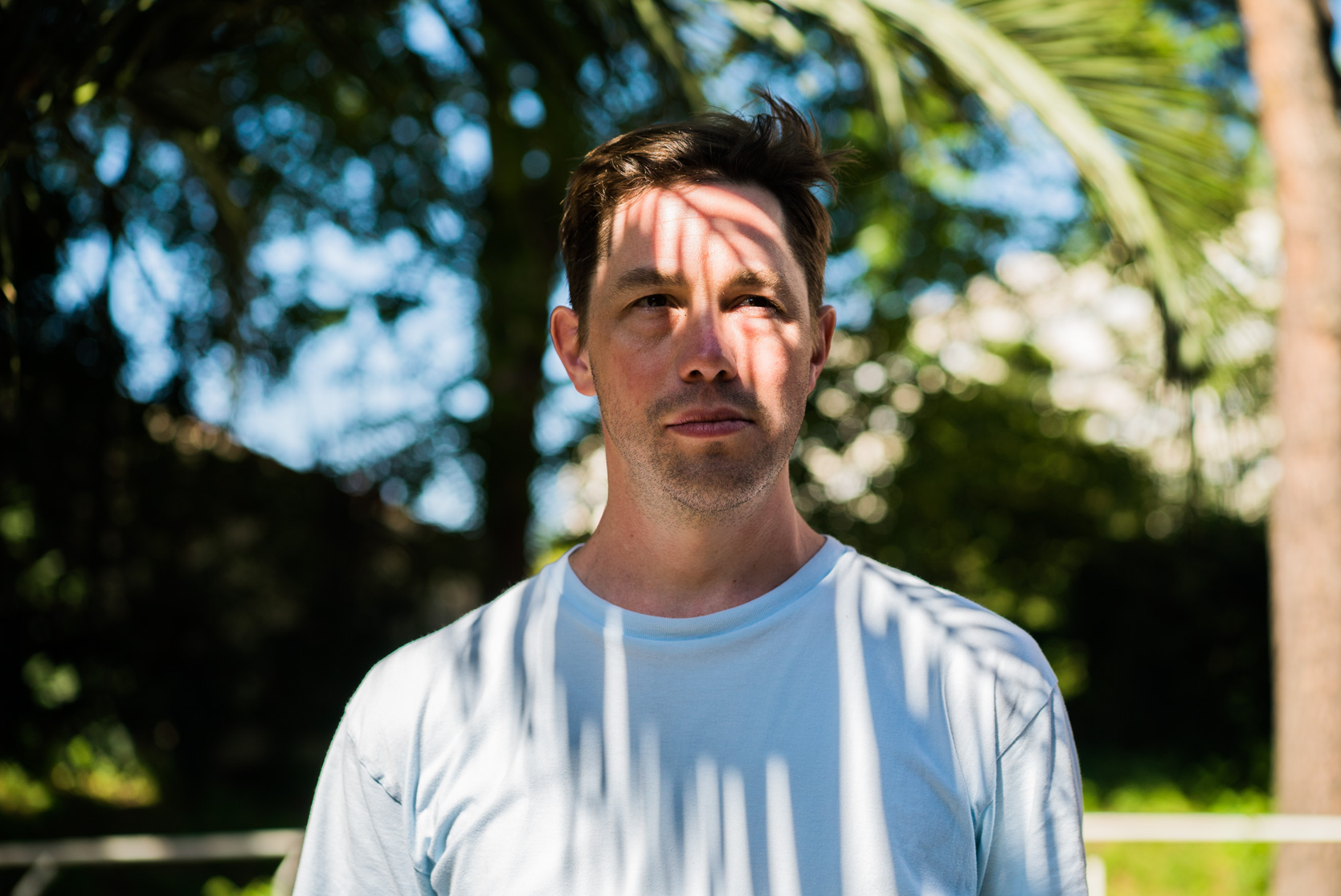 This is a story of “a Martian” in Laurentino 38, a district of Rome, characterized by the architectonical presence of 11 bridges.

“Today a Martian landed his spaceship”… This is not the story told by Ennio Flaiano, set at Villa Borghese in 1960, but at Laurentino 38, in 2019. This Martian is not a weird fellow from another planet plunged into the middle of the Eternal City, but rather a curious fellow who’s come directly from Berlin and ended up in the middle of Laurentino. He’s not trampled by a crowd of curious onlookers, but welcomed by a flood of children.

We are in the midst of the Mardi Gras parade that brings together the inhabitants of the upper and lower sections of the Laurentino, in particular the area’s two schools, one named for Ada Tagliacozzo and the other for Antonio Gramsci. The two processions of costumed children meet in the middle of the neighborhood noted for the bridges built by the architect Barucci in 1979.

So it’s time to say that our “Martian” is Yves Mettler was born in Switzerland. He lives and works in Berlin. During his residency in Rome, he worked with the local community of Pontedincontro, especially with young people, with the idea and the objective to understand the essence of a particular place and community. Creating a dialogue with them and focusing on what it means to live in such a different and complex reality.

As an artist, Yves explores the social significance of squares and public buildings in a conceptual and playful way, going beyond their practical functions. To express himself, Mettler uses the semantics of signs, new media, photography, graphics and installation. The artist makes architectural models communicate with each other through the interaction of text and sound. With a sense of humour and wit, he seems to give them a voice and interrogate them on their character.

But let’s get back to Laurentino 38, considered one of the most notorious housing projects in Rome. Twenty-eight thousand people live here in 6 thousand houses, half public and half cooperatives; there’s no post office, no bank, and public transportation is sorely lacking. There are eleven bridges, originally designed to link “islands” of apartment buildings with lots of shops, full of life. They were to be the new face of Rome, an example of excellence and functionality; but instead, the bridges have become synonymous with social malaise and the risk of social exclusion. Barucci had envisioned a sort of floating city where everyday life would unfold on the bridges; but the idea was so revolutionary that even the inhabitants didn’t understand it. The street they were used to seemed far removed, and the bridges soon became a good place for illicit activities.

But that’s just one part of the story; the other part is the everyday lives of the kids who live in the neighborhood and are trying to redeem it.

We decide to take a look at this neighborhood through the eyes of our Martian: the impact is intense and overwhelming. The parade, with the varicoloured costumes and the hullabaloo of the band, momentarily distract us from the greyness of the area; eloquent graffiti written on apartment block walls suddenly comes into view: Laurentino38 Bronx, L38 No Gentrification!, Puzzi, lovoti! (You stink, clean yourself up!), Credici ancora (Keep believing). We cross streets marked with the names of great 20th-century Italian writers that clash with the cement panorama spreading before us, but that hearken back to the dream of the one who inspired the incipit of this story.

“It seems like everyone is hiding!” exclaims the Martian in astonishment, and he’s not wrong: shuttered storefronts, deserted streets and very, very few people around.

With our Martian we continue on to the Laurentina Library/Elsa Morante Cultural Center at the Associazione Pontedincontro; the two institutions seem both distant and somehow close. Both are run by dreamers who share a common hope in spite of the social conditions they deal with on a daily basis, amid imperfections and the difficulties of creating a common language. Every day they try to chip away at that vast wall of silence behind which the young people seem to shut themselves off and curl up. People say it’s utopian, an imaginary plan, a pipe dream that can’t come true, but every now and then someone has the pleasure of slipping out of the ordinariness of life and finding refuge in utopia, carrying out difficult projects to get young people interested in communication that goes beyond video games, that can embrace discussion, interaction and even reading! The neighborhood is quite fragmentary; kids don’t hang out here, but they live here; for us who are now adults, when we were teenagers, the most important thing was the scooter, while for them it’s WiFi. They’ll willingly travel 3 kilometres to go to the Eur Roma 2 shopping mall, but the 500 meters to a place like the library seems like an interstellar distance. The teens who hang around at the Association Pontedincontro come from pretty complicated and difficult situations. Kids don’t socialize; they feel no need to meet or make friends with each other, even though they may attend the same school. The Association at the 4th bridge has existed for 25 years, and for the past 10 has been run by Danilo Morbidoni, an architect and a volunteer with the Association. The Martian fits in with the group of adolescents; they don’t perceive him as an outsider – a Martian -, but simply as a foreign guy who can help them with their homework. The Martian has an inquisitive look about him, not unlike an adolescent’s, and in fact D., an 11 -year-old boy, starts to tell him his story: he comes from a difficult family situation, absent father and mother, his grandmother and aunt are his reference points. He finds refuge in video games, as if in a parallel world, and the presence of our Martian sparks his interest, perhaps because he seems to come from the same world in which D. takes shelter.

The Martian is captivated by the sounds of the kids’ language: he particularly likes the phrase “andare a Zonzo” (wander around goofing off), which perhaps reminds him of one of those poems from “Mars”, and he repeats it gleefully, like a tongue-twister. When he’s not at the Association, he goes to see the kids at the Laurentina Library/Elsa Morante Cultural Center. This is where he decided to land his spaceship, in this particular spot, just 500 meters from the Association, and it seems light years away from the reality of the zone. Luisa Ledda, who runs the Library, is elated by our Martian’s stories, and together we decide to share them with the children who come to the Library. The spaceship from Mars came crashing down at Laurentino 38, in the Library’s park; a few little monsters who were trapped inside escaped from it and scattered around the neighborhood. These little monsters don’t know earth, and they’re really curious: from the Laurentina Library they set out to explore the neighborhood…

The Martian takes photos with a strange gizmo of every part of the neighborhood; he decides to tell his stories from his alien point of view through black-and-white prints (perhaps there are no colors on Mars). The kids go beyond the grays of the image and color the story with images of monsters, writing and colorings. We can deduce that the imagination of this large and enthusiastic group of children was not held back by the sad grayness of those photos, but actually took flight, just like our Martian flew to arrive here…. The Martian has begun talking about leaving soon – that is, if he can get his spaceship back: the older kids from the Association have taken possession of it with their stories. Who knows – maybe they’re planning a Flight together!