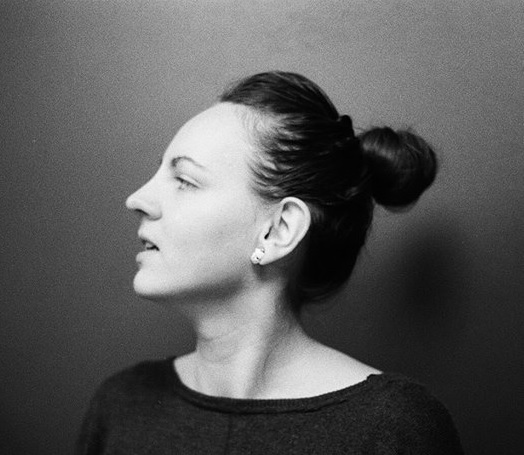 Since the age of 14, as a volunteer I have been actively involved in different youth NGOs, organizing local and international non-formal education events for youngsters in Latvia. The high school exchange year in Norway, studies at folk-high school in Denmark and a project work for a charity organization in England left very strong traces on my personal view on the world around me and the work I am willing to continue in my life. So instead of applying for Political Science studies at the Latvian University, I joined the Latvian Academy of Culture. After receiving my bachelor degree in Theory of Culture and Culture Management, I volunteered in film, music and theatre festivals organized by the New Theatre Institute of Latvia (NTIL). My involvement in these activities led to the fact that I was invited by NTIL to assist in different productions for Homo Novus festival and in 2012, I joined the team on a full time basis.

Since then, I have worked as a project assistant for several EU projects, technically produced performances by the young generation of Latvian artists and worked as a local producer and assistant for international productions presented in Riga.

Throughout these years, I have acknowledged for myself that work on site-specific and documentary performances has been the biggest challenge but the greatest passion at the same time. For me – performing arts and arts in general are an important tool for conversations and dialogues, and as long as I will believe that art can make an impact on the world around us, I will be willing to continue to be actively and socially involved in the performing arts.

Why are you a part of MagiC Carpets: I like the idea of the project and hope that it will leave some important trace within the communities all around the partner countries that are involved in the project.

Why have you chosen to be a curator or why has curatorship chosen you? I have to be honest in saying that I do not link myself to the word or position of “curator”. I am a person who loves to organise activities/projects/events, and who creates a space where people can meet/talk/share, a space were different people can bond with each other and find ways to share ideas and realise them in practice. And most of all, I love to involve myself in initiatives that focus on and have a long term artistic and social impact on the chosen community. If this is something to be considered “curatorial”, then that’s the reason I could be “labelled” as such.

What do you think is the purpose of art? For me – performing arts and arts in general are an important tool for conversations and dialogues, and as long as I believe that art can make an impact on the world around us, I will be willing to continue to be actively and socially involved in the performing arts.

Your favourite book(s): It’s tough to answer this question, but from around when I was 18, there is a book that exists in my memory – “The Celestine Prophecy” by James Redfield and also “The Unbearable Lightness of Being” by Milan Kundera.

Your favourite film(s): I watch a lot of movies, documentary movies and TV-series, so this is a bit of a tough question….but one movie that I can re-watch and re-watch from the old classics is “Dirty Dancing”.

A COUNTRY OF GRANDMAS